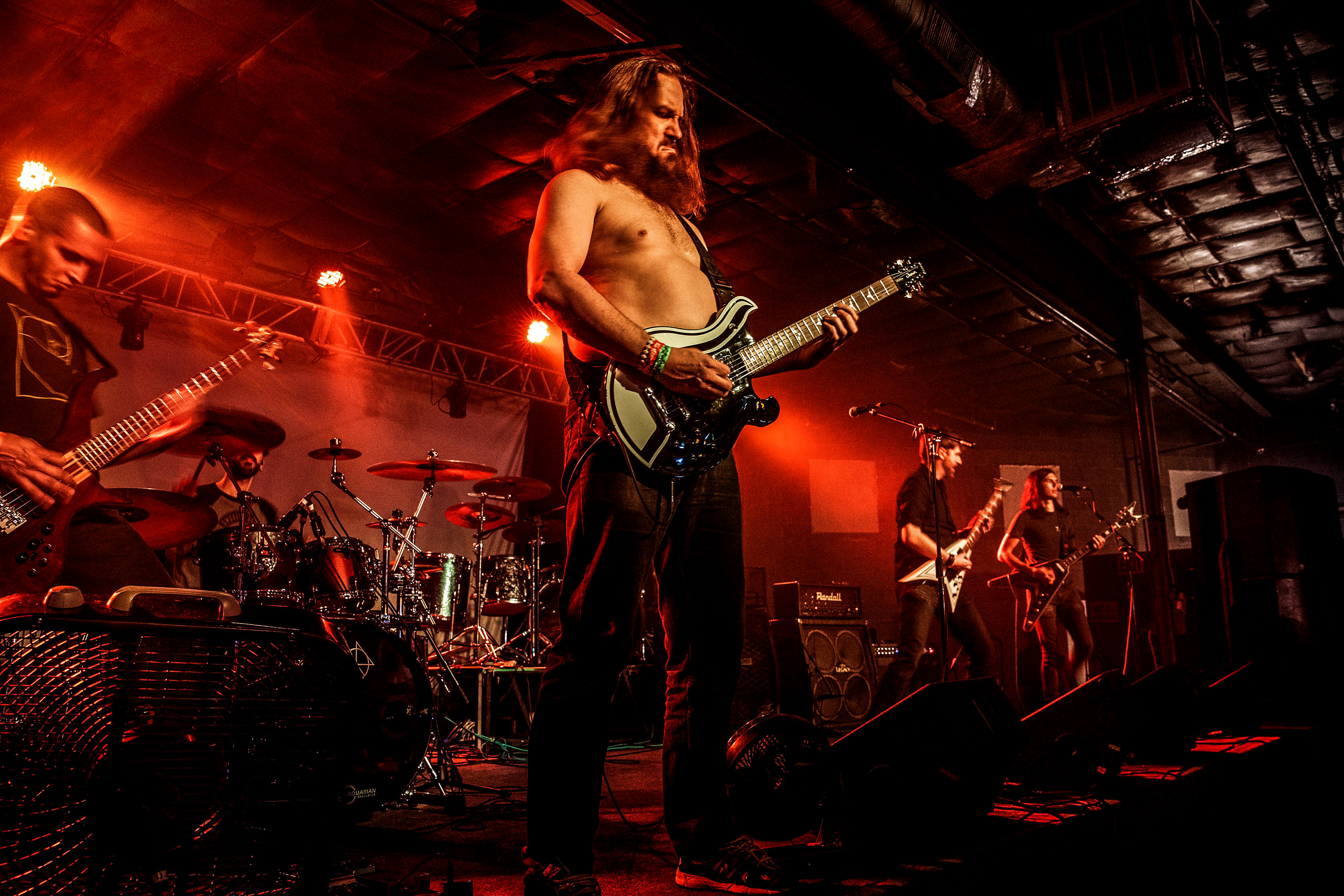 Skunk Manhattan heads up the Austin based eclectic heavy metal band A Good Rogering. Rockstar spoke with him on the influence of their sound, their upcoming album, and how his annual rock & metal festival – Skunkfest – has evolved for 2019.

You guys are wonderfully eccentric both within your songs and in all 3 albums – the heavier side is very primal at the core yet you manage to bring a more evolved, progressive experience to it overall. What drives you to put this influence out there?

When someone wanted to know what kind of genre it was and had to put it in a box I started describing it as eclectic heavy rock, and I guess it comes from having a huge palette of influences. When I started playing guitar I began playing piano at the same time. I’ve always been into classical music and went through a huge phase which I think is REALLY important for any musician where I discovered the blues. You have to go back and listen to all those guys which led into rock and roll and early country and how see how all these kind of bleed together. Actually a lot of stuff I listen to these days isn’t even in the realm of rock – I listen to lots of jazz and stuff – but at my core when I was young and impressionable and starting guitar I was really influenced by the 80s thrash metal type bands. I think Guns N Roses really changed it for me and got me into rock and roll when I was a kid – that was a definitive moment for me that literally led to my decision to start playing guitar. Appetite for Destruction changed my life. And I was really lucky because the early 90s was one of the most amazing times in music – The Seattle “grunge” stuff mixed with the metal I was listening to and also growing up on classic rock I just found myself interested in lots of different music. Like our latest single [“Mr. Peanut”] we actually released on April Fool’s Day just because of the nature of the song; it’s this kind of a fun song but more of a funk throwback TV theme type song meets old school funk and Motown with horns and all that. And the single before that, “Out of Reach,” is more of that early 90s somber kind of sound, but a lot of our other stuff can be really heavy and some instrumental so we’re all over the place.

You also delve into this non-conformist phenomenon that toggles on the edge of Zappa where you present completely respectable musical taste but you add in a good dose of experimental satire through your personality  – your latest funk-inspired release “Mr. Peanut” being a prime example – what do you feel this diversity lends to the motive of your music?

Mr. Peanut is a good example and if you go back to the first track on our first EP release in 2010 –“Pilot”- it was written as a parody of an old 80s TV theme song, like ALF or something. It’s in that style with the really cheesy electronic drums and synth pads. I think I’m just wired that way. It’s been funny walking the tightrope of ‘gotta be a serious band with that rock-&-roll-Zakk-Wylde-Black-Label-Society vibe’ but there’s also this side that was somehow indirectly influenced by Zappa or something, someone whom I’ve recently become much more familiar with and am blown away by the extent of his eclectic catalog. My brother and I originally started the band and we both just have that off color sense of humor, for better or for worse, that just can’t help but poke a little fun at the whole thing. We take it seriously but not too seriously. I like to have fun and I think that’s something that is refreshing that AGR provides – it’s a metal band but there’s a twist on it. It’s not just “raaarrgghhhhh”,  it’s guys on stage having a good time and not being overly serious but hopefully still performing well.

A new album is in the works & you debuted some of your tunes to San Antonio this month opening for Uli Jon Roth at The Rock Box – what all should we expect to hear and will it be as diverse as your past albums?

We’ve been really fortunate with the San Antonio shows opening up for Uli and also Marty Friedman in January, so I felt like it was the perfect time. We actually brought guitarist and head writer Tim Driscoll  from Runescarred – which is another progressive thrash metal band I play in – for the Uli show so it was really fun and a bit off the cuff. A long time ago AGR played as a trio and I couldn’t express all the things we actually recorded so these days I like to mix it up when possible. Some shows we’ve had additional guitars and sometimes keyboards. For this particular show having two guitars in addition to myself freed me up to debut one of the new ones just as vocals, which oddly enough was how AGR was originally intended before the roster changed and we played musical chairs. What we played at this show is pretty representative of what’s going to be on the new album and it’s been a very snail-like process with time and budget, just chiseling away one song at a time. The overall vibe of it is more cohesive though I think and a little more straight forward – stripped down a little bit and focused on good songs and melodies. I think there’s always been a tendency for me to use metaphorical abstract lyrical content that ties into social issues but the overall tone of the newer songs is a little less tongue in cheek and a little more straightforward.

Your annual rock & metal festival, Skunkfest, is coming up next month – Saturday June 29th at Come and Take It Live – what all do you have planned for festival-goers this year?

The music school I teach at – Lone Star School of Music – is sponsoring and that served as a catalyst for how this bill evolved. We’re starting early afternoon with some chill acoustic rock and then slowly revving it up to the metal headliners at night. I’m bringing in a lot of versatility this year with more bluesy and alt rock style bands, plus Lonestar’s adult school band and a teenage student of mine will also be featured and it’s an all ages event so hopefully we’ll broaden the demographic a bit and make it pretty accessible for lots of people throughout the day. The later it gets, the heavier the bands get. Evening rock headliners will be Austin staples Three33 and Snake Skin Prison and then comes the “eclectic heavy rock” of A Good Rogering and then full on metal with The Crowned, Runescarred and San Antonio’s Megadeth tribute, Rust In Peace. It all ends with full on proper metal, but we won’t be blowing people’s heads off from the onset. I’m also very excited because this year we’ve got several more sponsors and perks like a VIP package that comes with a catered buffet by La Pera, and a huge raffle with donations from our sponsors like Tregan Guitars, Guitar Center and Rockboard Pedals. And the SIMS Foundation will be there taking donations and providing info on mental health. They do lots of work with musicians and I’m hoping we can raise some money for this great organization. I encourage anyone to check out the Facebook event page for Skunkfest ’19 and get pre-sale tickets while they last. There’s already a cool buzz going and we haven’t even started our advertising campaign yet! I’m hoping we can pack the place this year and really make this a great community event for everyone involved.

How can A Good Rogering fans keep up with what all you guys are putting out?