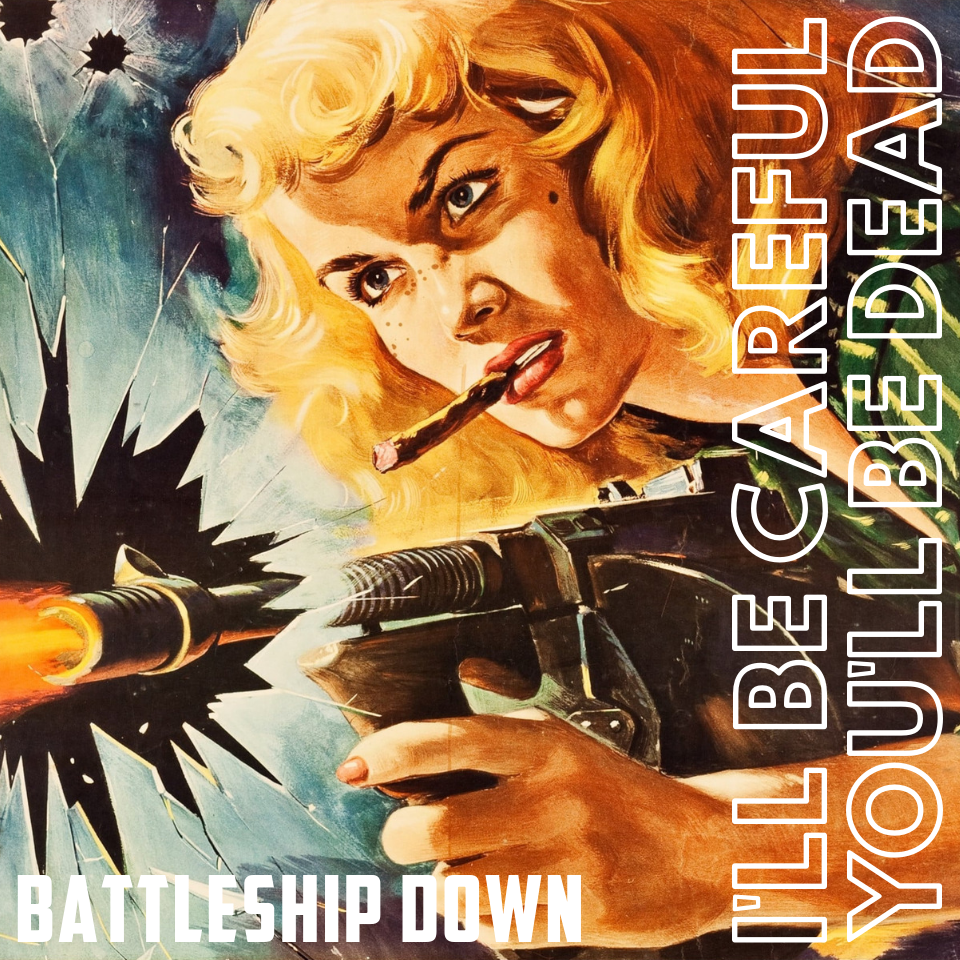 Austin rock band Battleship Down just released their debut EP “I’ll Be Careful; You’ll Be Dead!” on Sunday April 1 to all streaming media — along with vinyl.  Here is a Sample of it here for our listeners.

As Austin’s most provocative outlaw rock band, Battleship Down are reinventing rock. With all original music that’s at once melodic and crunchy, the lyrics capture the zeitgeist of the times, in the timeless subversion of rock and punk, and drawing musically from both modernity and the classics.

Bassist Greg Brooke is originally from New Mexico where he played bass in a pretty successful 80s glam metal band called Gypsy Rose. Josh Pruitt hails from Vegas, and has drummed in several Austin bands, most notably The Dirty Hearts. Lead guitarist Kevin Dodds and guitarist/vocalist Lance Ellisor went to high school together outside of Houston; both came to Austin for school and to play. Kevin and other high school friends founded the legendary Austin rock band Steamroller (and they still play today).