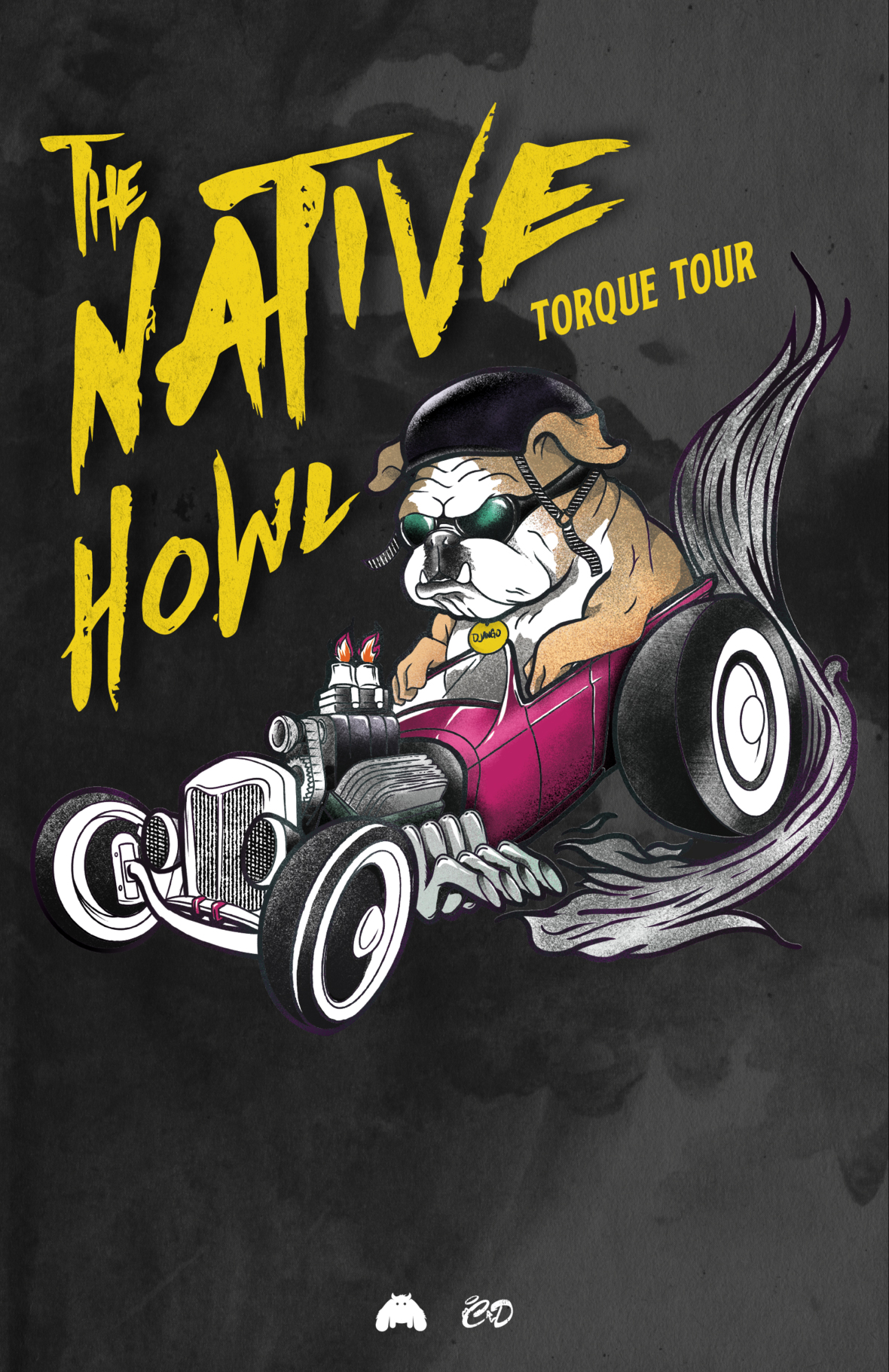 The Native Howl have announced The Torque Tour this May.

The Native Howl have announced The Torque Tour this May.

The tour will begin on May 2nd in Joliet, IL. at The Forge and concludes May 11th in Neenah, WI at Short Branch Saloon.

The band is available for interviews. If you would like to attend a show for review, please let me know.

Alex Holycross (Guitar, Bouzouki, Vocals) and Jake Sawicki’s (Guitar, Banjo, Harmonica) joined forces in 2013 to lay the foundation for what was to become The Native Howl. They soon recorded and released The Revolution’s Dead, and the duo started performing live and incubating the music that would form their 2015 release Inukshuk.

Drummer Josh Lemieux and bassist Mark Chandler have since rounded out the lineup. The quartet began playing and touring around the Midwest and garnered a solid and loyal following.

In March of 2016 the EP, Thrash Grass was released to critical acclaim. Screamer Magazine referred to the band’s sound as “a unique blend of rock, folk, bluegrass, alternative and thrash metal genres.”

In October of 2017, the band embarked on their first U.S. tour. The Spring of 2018 saw a long West Coast tour, followed by two additional U.S. tours in the Summer of 2018 that covered most of the mainland U.S. The much anticipated double-length album, Out of the Garden and Into the Darkness released on July 27th 2018. It debuted at number three on the Bluegrass Billboard Chart and number 50 on the New Artist Album Billboard Chart.

Music can be purchased at iTunes, Amazon, thenativehowl.com, Tidal, and the Google Play Store.

The music can be streamed at Spotify, Pandora, iHeart Radio, Apple Music, and Google Play.

Fan link for easy purchase access through all outlets: https://fanlink.to/OOTGAITD