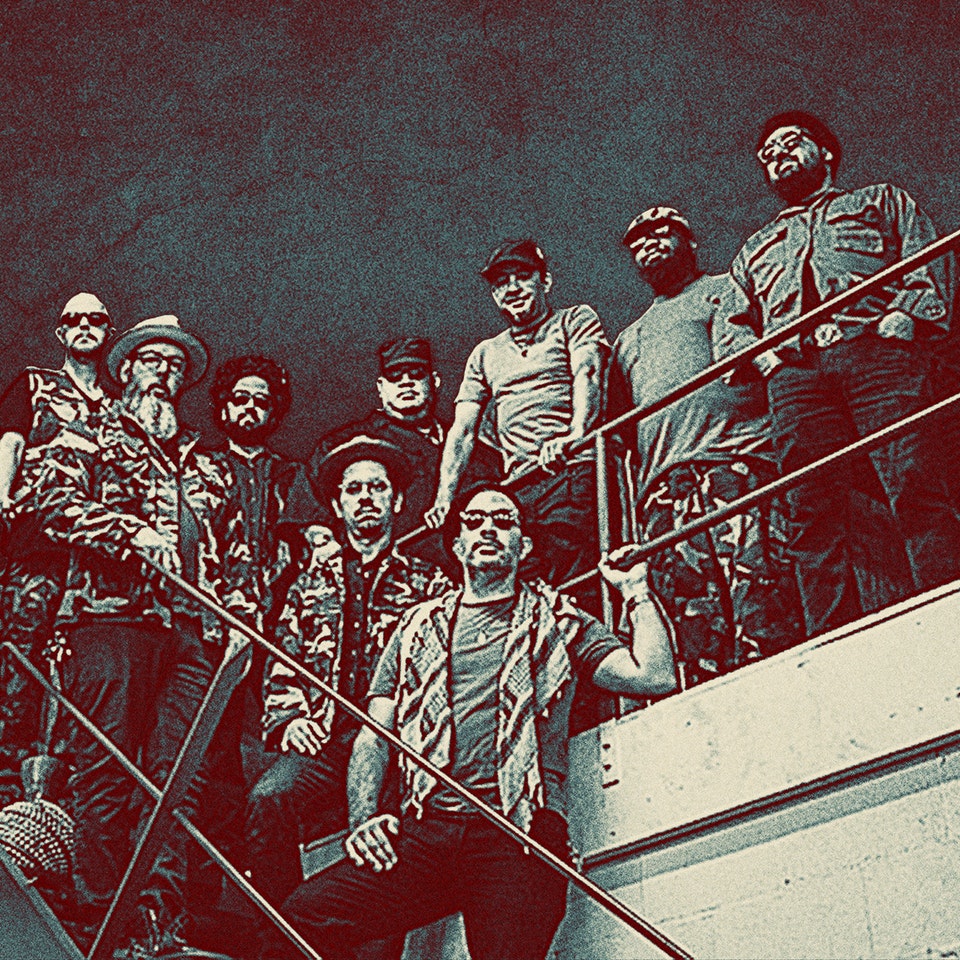 Join us for a Wine Down redux! This year, Charles Smith Wines presents The Rhythm & Vine Concert Series at 3Ten. The series opens on Friday, May 17 with music from Austin’s Latin-funk powerhouse, BROWNOUT. Tickets to the event are on sale now, and a portion of the proceeds will benefit AMF.

9-piece outfit formed fifteen years ago by members of Grammy Award-winning Latin revival orchestra Grupo Fantasma, Brownout has evolved into a musical force all its own. After garnering three Austin Music Awards, the band has continued to produce music that is unflinchingly progressive, while evoking the classic influences of artists such as WAR, Cymande and Funkadelic. They’ve performed at events including Bonnaroo, High Sierra Music Festival, Pickathon, FFFFest, Bear Creek Music Festival, Utopia Festival and Pachanga Fest, while regularly touring the U.S. Brownout’s also served as a highly in-demand backing band for artists including Prince, Daniel Johnston, GZA and Bernie Worrell.

In 2017, the band released an original EP entitled Over the Covers (Fat Beats 2017), which was widely acclaimed by critics and heralded the next chapter for the band as it continues to evolve and explore new and funky musical realms.

In 2018 the band teamed up yet again with legendary hiphop label Fat Beats to release an album of psychedelic funk interpretations of Public Enemy classics called Fear of A Brown Planet. NPR said of the project “The guys in Brownout have done it again. They have gone to the deep well of uncut funk to produce yet another homage to classic soul that further burnishes their reputation as keepers of the funk flame…Brownout’s dedication to Old School is not necessarily about preserving a musical relic but instead it’s more about creating a living, breathing brand of funk that can cross generations.”

Ever-prolific funk masters, the band is currently working on a new album of original works with producer Steve Berlin (Los Lobos) slated for release in fall 2019.