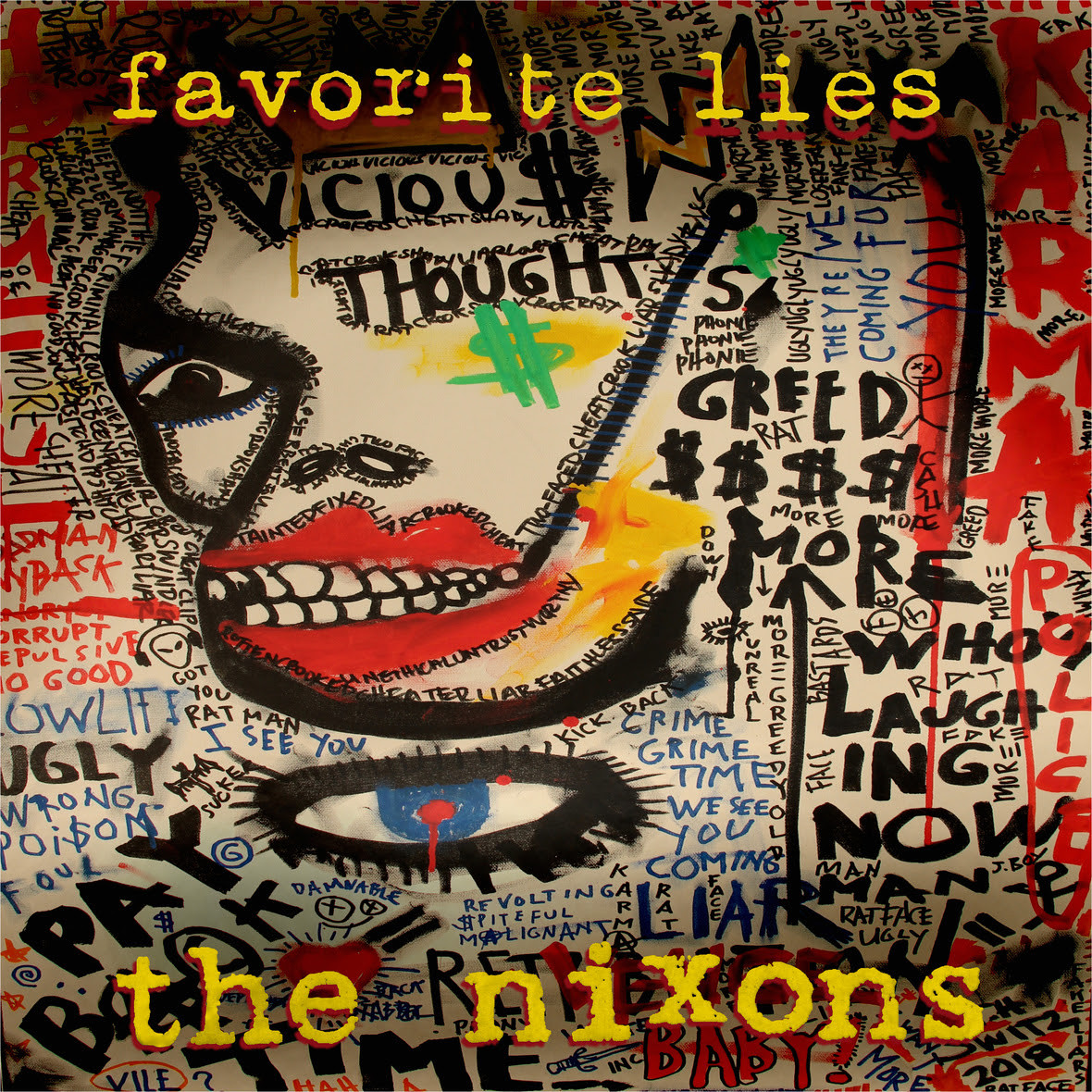 The Nixons are back!

The Nixons are back!

Alternative rock band The Nixons are back! The band recently released their new single titled “Favorite Lies” through Art is War Records. In addition, the band has announced a co-headlining tour with Sponge. The Working Class Tour 2019 will kick off on December 3rd in Washington DC at the Rock & Roll Hotel (dates below).

The Nixon’s entered the rock scene with unquenchable passion, pulsing energy and an electric sound. Comprised of Singer, Zac Maloy, Guitarist, Jesse Davis, bassist, Ricky Brooks and drummer, John Humphrey, The Nixon’s were eagerly signed with major label, MCA/Universal in 1995. The band did not disappoint with 3 hit songs, “Sister”, “Happy Song” and “Wire” on the release of their first record, Foma. “Sister” exploded in the Midwest and quickly secured a top five radio hit crossing over into the Hot 100 pop billboard songs. The Nixon’s were unstoppable, touring worldwide and lighting up the stage over 3000 times in nearly a decade. They played on the same stage with rock and roll icons such as The Melvins, Soul Asylum, KISS & Radiohead. The Nixon’s released two more albums with MCA that delivered dedicated fans with rock radio hits, “Baton Rouge” and “The Fall.”

With fierce tenacity and an unrelenting drive, the Nixon’s original line-up reunited in 2018 and played a series of sold out shows with another renowned rock band, The Smashing Pumpkins. Their single “Crutch” was released in April 2019 with full video production, sharp lyrics and the familiar crowd-drawing intensity that The Nixon’s demonstrated since they first stormed into the music scene. Partnering with Art is War Records and Management and Dave Shapiro of Sound Talent Group, The Nixon’s are backed by a powerhouse team to catapult new music into the hearts of past and future fans alike.

Zac Maloy is an acclaimed, award-winning songwriter and producer whose songs have been featured on numerous top-charting albums. Once The Nixons went on hiatus, Zac began writing and producing for other artists. After writing for and producing several rock projects, Zac signed a publishing deal with Sony/ATV and decided to take writing more seriously. Sony tapped Zac as a writer in large part because of his unique ability, as a former artist, to relate to artists out there living the life Zac knew well. One of his first cuts after signing to Sony was “Used To” on Daughtry’s eponymous first album, which has gone five-times platinum worldwide. This opened the door for Zac to score singles in a range of genres, including Carrie Underwood’s # 1 single “Temporary Home,” and Skillet’s #1 single “American Noise.” This success solidified Zac’s move into the songwriting world and prompted a relocation from Oklahoma to Nashville, TN. Now viewed as a multi-faceted writer, Zac is called upon to write a wide variety of music from Underwood to Orianthi; Adam Lambert to Shinedown; Michelle Branch to Blake Shelton.

For eight years, John Humphrey recorded and toured extensively with The Nixons (MCA Records) and in October 2003, after extensive auditions, John was selected to fill the drum seat for Seether.