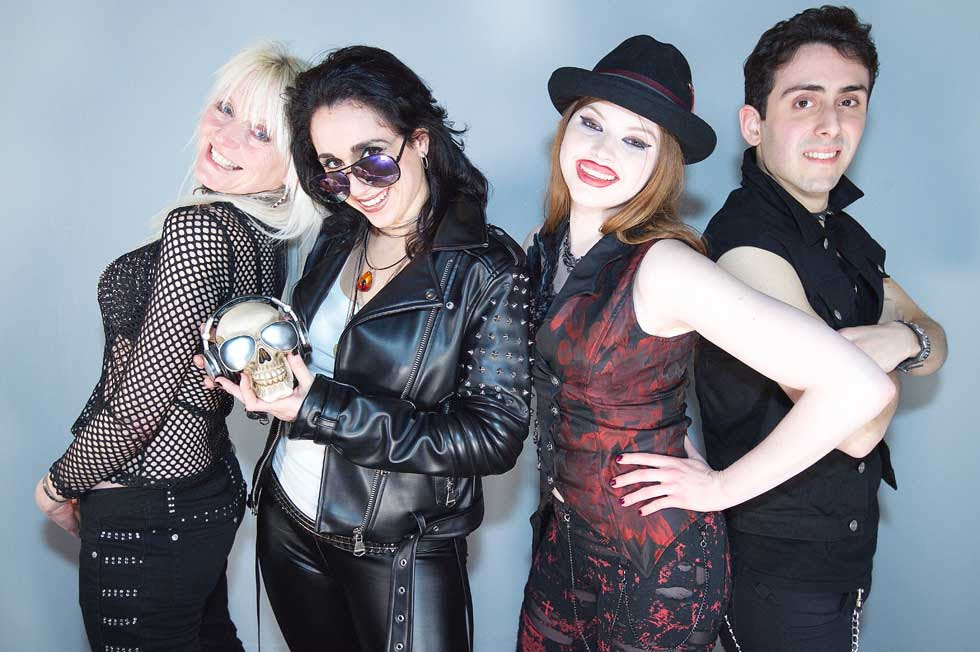 UK rockers SYTERIA, featuring Jackie Chambers of Girlschool and previously Blitzkrieg in their ranks, have new songs ready for their 2nd album Reflection. The band has gigs booked to test them out, and their Kickstarter campaign is up to 200% in just three days …couldn’t be better. After playing the Lounge in London, SYTERIA woke up the next morning, and to their shock and dismay there’s no gear left in the back of the band’s transport… gutted! Expensive amps, the satnav, chargers and Jackie’s sunglasses amongst other things.

“Jackie went to the hotel reception and reported the theft. The Premier Inn couldn’t even be bothered to fetch the manager, no apology, they just called the Police for us. The Police were about as interested as Premier Inn in the stolen stuff. They fobbed off Jackie Chambers with a crime number and told them they’d call us back within a day or two. The band is still waiting two weeks on!

Jackie asked to see the CCTV footage seeing as though cameras were plastered all over the car park, no one could just walk out unnoticed with band gear and cumbersome flight cases (Jackie’s back can attest to that ) and even if they had a car it would have taken a couple of guys to have moved it all over into said car…but nope, nothing. Jackie has sent a strongly worded email to Premier Inn and still no reply, not even a sorry letter reply” says the band. They add, “What next? Well, now we have to replace all the gear as well as find the money to pay for the studio, pressing, printing, etc. in readiness for the new album. Thankfully the gigs we do have booked, the support bands, and local musicians have all been kind enough to lend us their equipment until we do replace it.”