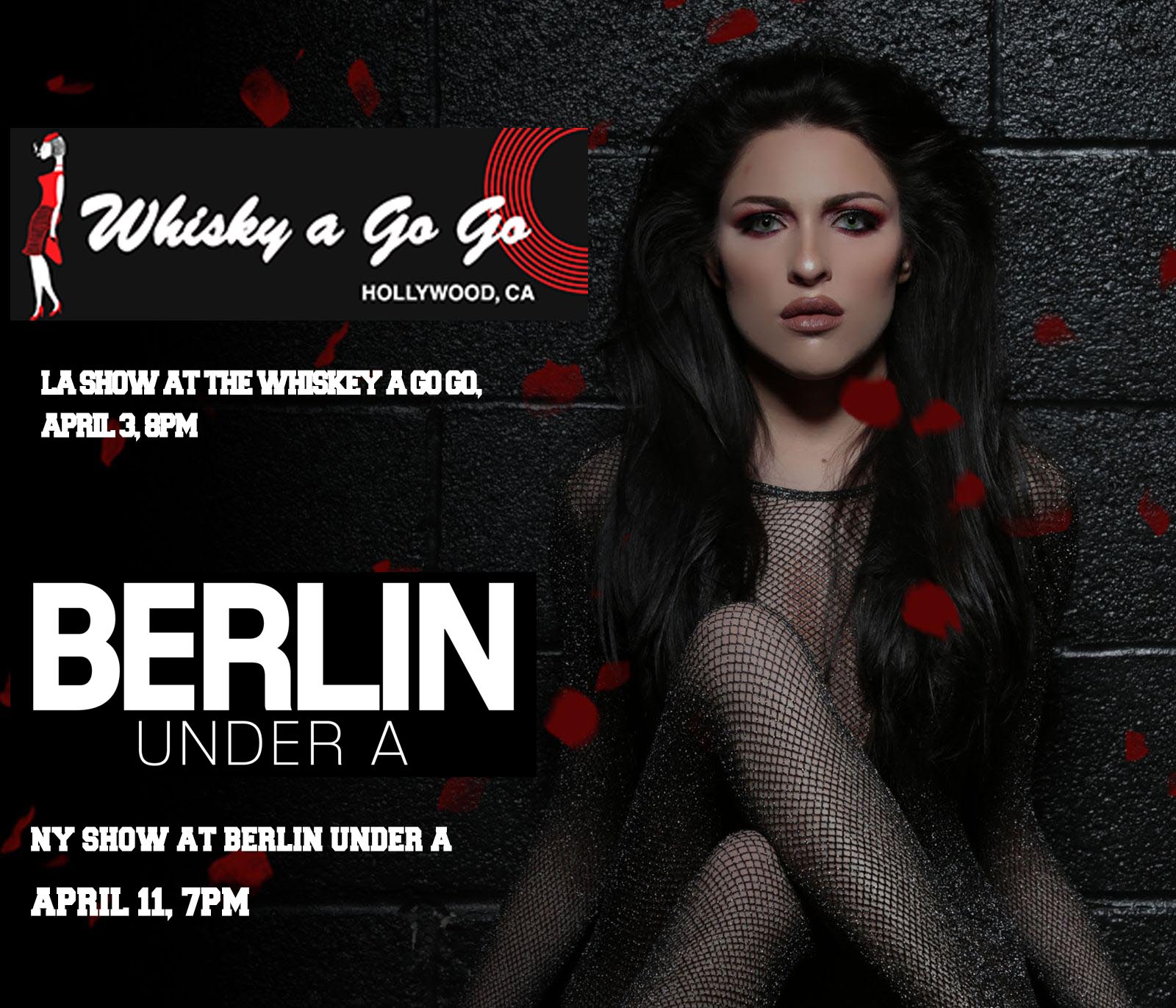 (Los Angeles, CA)- NY based Singer Rachel Lorin, known for her charting song “I Hate You”, today announced bi-coastal shows and a live stream event in support of her new full-length album “Worship The Unbroken” due to be released later in 2019. The first single, “Under My Skin” will soon debut with an accompanying video.

The LA show takes place Tuesday, April 3 at 8pm, PST at LA’s iconic club The Whisky A Go Go.  The show will be Live-Streamed Worldwide via RYouLive (www.ryoulive.com).  Rachel’s NYC show will be the following week on April 11, 7pm ET at Berlin Under A.

The live shows and streaming event will be offered free.RYouLive is also available via free download at iTunes or Google Play.

Drawing on influences as diverse as Muse and Panic! at the Disco. the 10-song album combines Rachel ’s multi-octave vocal power with complex musical layering for a sonic experience.